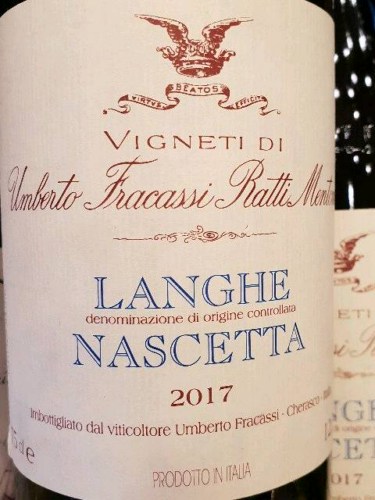 ​Locally also called Anas-cétta or Nas-cëtta (curiously pronounced in Piedmontese by detaching the "s" from the "c" and with "e" semi-silent)
According toLorenzo Fantini in 1883 was widespread throughout the Alba area, after the adventof modern viticulture with the introduction of single-variety vineyards,
this vine considerably reduces its distribution, up tosurvive within a few vineyards in the municipality of Novello. TO
starting from the mid-90s, thanks to Elvio Cogno and the facultyof agriculture of the University of Turin, the cultivation of
this variety throughout the Langa area. To date it can be considered
the only native white grape variety of the Barolo Langa.
The diffusion of the production of pure Nas-cétta concerns the municipality of Novello (with 7 producing companies), La Morra (with 5 companies), Serralunga d'Alba
(with 2 companies), Santo Stefano Belbo (with 2 companies), Castiglione
Falletto, Barolo, Dogliani, Trezzo Tinella, Carrù. The spread is in
constant increase also in other viticultural realities of the Langa and Roero.
Sub-area of ​​the municipality of Novello In addition to the Langhe Nas-cetta there is also the Langhe Nas-cetta produced in the sub-area relating to the municipality of Novello. 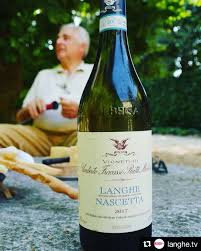 ALCOHOL: 12.5 / 13 variable according to climate changes

Characteristics of the wine